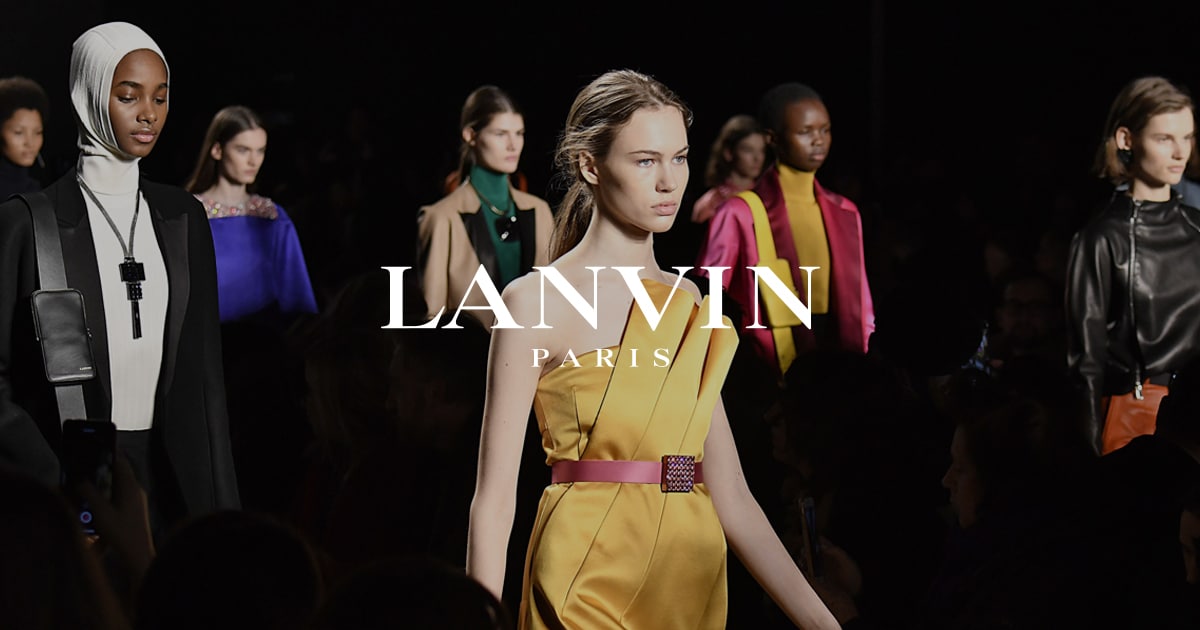 Lanvin confirms this Monday the arrival of Bruno Sialelli, at the head of his artistic direction. The designer was previously the design director of Loewe’s men’s lines, working with J.W. Anderson. He had previously worked in the women’s field with Balenciaga, but also with Acne and Paco Rabanne.

“We are delighted to welcome Bruno Sialelli as Lanvin’s new artistic director,” said Jean-Philippe Hecquet, Lanvin’s general Director. “His extraordinary and very personal vision, his audacity, his culture, his energy and his ability to put together a solid team convinced us. I look forward to discovering Bruno’s first collections that will bring this wonderful and unique house back to life, and that will once again move and excite our customers. »

The Fosun Fashion group, which took over the French company last year, therefore intends to relaunch it with the graduate designer from Studio Berçot at its head.

The Molsheim-based manufacturer took advantage of Monterey Car Week and the Pebble Beach Elegance Competition which took place in August 2018 to launch its 110th anniversary celebrations.

These celebrations will then continue with the organization of a rally leading its participants from Milan to Molsheim (via Paris), as well as a ceremony to be held soon in Molsheim.

Just 110 years ago, Alsace Bugatti was born, a car brand that is now revered by collectors.

In just two decades, Ettore Bugatti succeeded in elevating his brand to the rank of myth. Recognizable by their horseshoe-shaped grille – a nod to Ettore’s equestrian passion – these symbols of an era when France shone at the top of world automotive production have become jewels that collectors around the world exchange for gold. Of the 7,950 models built during this period, less than 2,000 remain.

Recently, the Bugatti Divo, which takes the name of the French driver Albert Divo, who twice won the Targa Florio in the 1920s, broke a price record, selling for 5 million euros excluding tax. Hand-assembled cars in Alsace, in the lands of Bugatti, are nevertheless fascinating objects, arousing the passion and enthusiasm of nostalgic people and young billionaires.

Known for her impressive buildings with their breathtaking curves, Zaha Hadid continues to exist through her architecture and design office, which continues her work. This year, it is exhibiting at Maison & Objet, the leading trade fair for decoration and design.

For this edition, it is the tableware that will be in the spotlight. When it comes to bowls, plates, and other very classic pieces, their appearance is eye-catching. And for good reason, this year, visitors to the architect’s stand, who died in March 2016, will discover pieces straight from the future. Starting with a splendid bowl (photo) “Swirl” in crystal. This has differences in level and is presented as the materialization of a liquefied vortex.

The suspense ends this afternoon with the 2019 Michelin Stars for France, which promises to bring a new wind by distinguishing young talents and, more rarely, women chefs. It should be recalled that until now, the very limited three-star club has only one woman: Chef Anne-Sophie Pic.

The major innovation this year comes from the “unprecedented proportion of women chefs” expected on the podium, after years of controversy over their near absence.
Among the 57 new stars in France in 2018, there were only two women… who worked in tandem with a man. The year before, only one woman was among the 70 new stars and none in 2016, indicating a very real problem.
This future evolution of the ranking is neither the result of “quotas” nor of a “lowering of criteria“, insisted Mr Poullennec, highlighting a selection based on diversity, in cooking styles, chefs’ profiles and establishment concepts… with, for example, “many tables of young chefs who reimplant themselves in regions and offer a cuisine inspired by the terroirs“.

Some “75 restaurants will be promoted, in categories 1, 2, 3 stars, which is a numerical record,” Gwendal Poullennec, the brand new international director of the Michelin Guide, told AFP.

For this new French edition, Michelin inspectors “have succeeded in finding talent in all corners of France“, he stressed, noting that he wanted “to continue to develop the guide with the times“. As in 2018, a large number of foreign chefs are expected to be among the winners, which will be announced at a ceremony in Paris.

Among the winners, chef Stéphanie Le Quellec was awarded 2 stars for the restaurant La Scène located in the 8th arrondissement in Paris.