NFTs (non-fungible tokens) have become a major asset for brands, especially luxury brands. Since the beginning of the year, companies such as Dolce&Gabbana, Jacob & Co and Hennessy have put various products on sale in the form of NFTs, notably watches and ready-to-wear collections. But what legal regime should apply to them ?

In a short space of time, NFTs have become a marketing tool for new products, but also a marketing tool, with brands not hesitating to enhance the sale of these virtual works with other exclusive advantages, following the example of Jacob & Co, which offers purchasers of NFT watches the possibility of using them as a membership card, or Dolce&Gabbana, which has included in its virtual collections an invitation to the brand’s fashion events for one year.

New horizons opened by the law

Proof of the craze surrounding this asset, the legislator recently enacted a law allowing the sale of intangible furniture by public auction (Law No. 2022-267 of 28 February 2022 aimed at modernising the regulation of the art market) and therefore of intangible works.

Thus, on 10 March, the Maison Fauve organised – at the same time as the Assises juridiques de la mode, du luxe et du design, which organised a round table on the subject – the first auction in France of 47 digital works. Auction houses can now put digital works up for sale and demonstrate their attractiveness and competitiveness in this sector.

As a reminder, non-fungible tokens are digital assets issued by a blockchain, similar to cryptocurrencies, but NFTs are neither duplicable nor interchangeable. Because they operate through the blockchain, they are in principle unalterable, tamper-proof and inviolable : once registered on the blockchain, they cannot be modified, nor can any information inserted in them.

The holder of an NFT is then the holder of a certificate of ownership of a work, a certificate that can subsequently be resold, in particular by means of a smart contract. This is where the attraction of the NFT lies: because of its characteristics, it allows traceability and therefore the traceability of the work to which it is affixed. When applied to digital works, the NFT is placed on a work which, in principle, has no material existence but only a virtual one. This work will thus be used in the metaverse, a three-dimensional virtual world in which the user will be able to evolve through an avatar and interact with other users.

Several companies have already anticipated this development, following the example of Nike, which has registered its famous comma as a trademark in classes 9, 35 and 41 in the United States, providing for the use of the sign for virtual goods or for the supply of shoes or clothing “intended for use in virtual environments“. Companies must therefore pay particular attention to the protection of their intellectual property rights, and in particular industrial property rights, with regard to their digital development, so as not to overlook any exploitation of their signs, whether in the real or virtual world.

NFTs : a source of litigation

However, while NFTs are attracting more and more right holders, they are also attracting the authors of contentious facts and the first disputes are appearing. This is because the authenticity attributed to these assets concerns only the tokens themselves and not the work to which they are affixed. Nor do NFTs guarantee that the creator of the token is the author of the work or the creator of the product to which it is linked.

GemGenève: The jewelry show impacted by the war in Ukraine

The House of Hermès recently filed a complaint in New York for damage to its brand image due to the marketing by the artist Mason Rothschild of “Metabirkins”, an NFT representing the Birkin handbag in fur.

The virtual world is thus caught up with the real world. It is likely that infringements of owners’ rights will increase in the virtual world, given the appeal of metavers. For the time being, current legislation makes it possible to act, but will it be sufficient to deal with such infringements ? Indeed, new problems will necessarily arise in the near future, particularly with the development of metavers (applicable law, law of evidence, etc.). 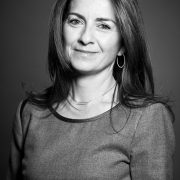