The latest 2023 edition of the Davos Forum saw some policymakers, including Nobel laureate Al Gore, sounding the alarm about a climate change battle “being lost.” But two economic researchers delivered a more optimistic view of the subject, saying that AI should accelerate the green revolution.

As it has done every year for the past 52 years, the Davos Forum brought together hundreds of CEOs and representatives of the political and economic world in the famous Swiss ski resort. And this time again, from January 16 to 20, the world economic meeting has set itself the ambition to “promote positive long-term system change through public/private dialogue of world leaders to improve the state of the world“.

Many observers agreed, however, that it was particularly difficult for the Davos speakers to get a positive message across when the global situation – against the backdrop of inflation, the continuing war in Ukraine, and the risk of a worldwide recession – was highly combustible.

It is not surprising that in such a context, one could hear very opposite projections regarding a major concern, namely the battle against global warming.

A lost battle for the climate?

For Al Gore, the former American vice-president and Nobel Peace Prize winner for his climate action, and António Guterres, the UN secretary-general, the hour is more than serious… “We are not winning the battle. Emissions are going much faster than the solutions we should be implementing,” said Guterres on January 18 before the assembly of the world’s leaders. He also did not hesitate to ask “how to explain to young activists that the president of the COP28 (i.e. the minister of industry of Abu Dhabi, head of the national oil company of this emirate) is the head of an oil company?” and how “to hope to talk about the decrease of fossil fuel production while letting oil and gas companies reduce the smallest bit of climate regulation? Colombia’s leftist President António Guterres drove the point home by denouncing a “climate crisis entirely due to the economic myth that is capitalism.”

Get unlimited access to all articles and live a new reading experience, preview contents, exclusive newsletters… 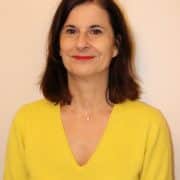