The reopening of Parisian luxury hotels may not be profitable

Faced with the pandemic as well as the acceleration of time, the major annual Swiss Made events must speed up their moult… or disappear. Postponed because of the pandemic, Baselworld, the world watchmaking event organised in Basel (Switzerland), has been postponed from the end of April 2020 to April 2021. The new concept is called “Houruniverse”. As a collateral victim of the coronavirus, the event will therefore not take place this year.

In reality, the watch exhibition concept was in jeopardy even before Covid-19 brought the “Swiss made” industry to a standstill. When fashion was innovating with its catwalks and high-tech was making a string of keynotes, Baselworld had failed to turn the corner of a connected era.

Forsaken by most of the luxury brands (Hermès, Dior, Louis Vuitton), it had above all faced the desertion in 2018 of the Swatch Group and its 18 brands (Omega, Blancpain, Breguet, etc.).

A movement followed more recently by major watch brands such as the houses of Kering (Girard-Perregaux and Ulysse Nardin), which joined the aisles of the Geneva Salon, and Watches & Wonders (ex-SIHH). The same goes for Rolex, Tudor, Patek Philippe, Hublot, Zenith, Tag Heuer, Bulgari, Chopard and Chanel, which will now be exhibiting their new products in Geneva, alongside Watches and Wonders.

The latter, which has been held every year in January since 1991, had moreover announced that its dates would be aligned for the first time in 2020 with those of the historic Basel exhibition in order to enable luxury goods professionals to travel to Switzerland “only once a year”, according to the organisers.

This decision also followed the departure last year (or in 2018) of certain brands such as Audemars Piguet and Richard Mille, with their 100% integrated sales network, and cast doubt on the very future of the former SIHH. In addition, the plans of the Haute Horlogerie Foundation were swept aside this year and the organiser had to play the opening card with a 100% digital edition.

As a result, exhibitions dedicated to the sector have multiplied in the space of a few months, while others have been added to the current offering: there are now at least five initiatives spread between the City of Calvin, Lausanne and Basel. Analysis of a sector undergoing rapid change.

The ex-SIHH, which was usually held at the beginning of the year, was held in 2020 in the spring of April, for the first time online and under its new name: Watches & Wonders Geneva.

This thirtieth edition, 100% digital, welcomed around thirty of the most talented watch brands. Also noteworthy was the participation of 14 artisan-creators – usually exhibited in the watchmakers’ square reserved for them since 2016 – including five new players such as Arnold & Son, a Swiss haute horlogerie, Rebellion, a recently created brand distinguished by its watches with unexpected mechanics and design, but also Purnell. For their part, Fabergé, a historic house that is revealed by its audacity as a watchmaker and jeweller, and Rudis Sylva, are also expected to join the event shortly.

“More than just a trade show, Watches & Wonders Geneva offers a real platform for brands to express their vision, their strategy, their partnerships, their responsible and socially responsible approach, in short everything that makes up the life, values and DNA of their House,” said Fabienne Lupo, former President and CEO of the Fondation de la Haute Horlogerie, who has announced her resignation in July 2020.

For Christmas, Hermès imagines a luxurious box of lipsticks at $1600

It should be remembered that the renewal of the show was not long in coming after Audemars Piguet announced its decision to leave the SIHH at the end of September 2019. “The format of watch shows no longer suits us. “said François-Henry Bennahmias, CEO of the group. Richard Mille also followed suit.

For its part, Baselworld, a show created in 1917 and which has been a pillar of watchmaking and a place of reference for three-quarters of the high-end watch industry, has also recently undergone major changes which have called into question its status as a historic exhibition.

Between the price that regularly increases for exhibitors, exhibition conditions that are becoming more and more demanding, and more recently the cancellation of the 2020 edition due to Coronavirus, some brands have preferred to end their collaboration. 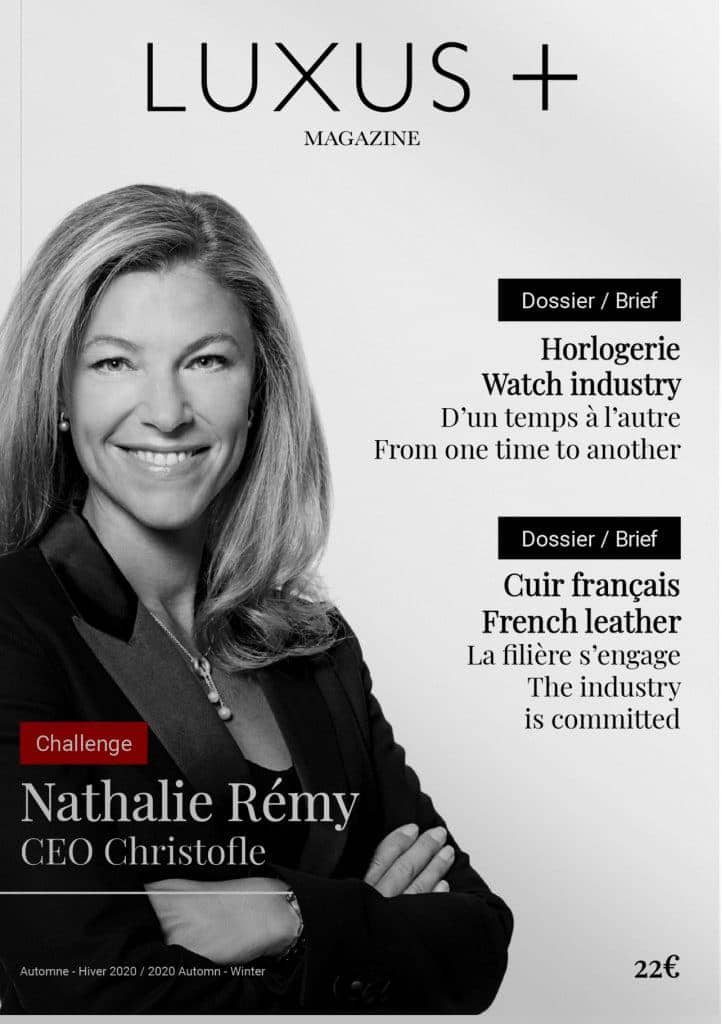 YOU CAN ALSO FIND THIS ARTICLE BY SUBSCRIBING TO THE MAGAZINE + DIGITAL PACKAGE.

Luxury real estate: the Parisian market is likely to experience a drop in prices

Study: The hotel industry is experiencing an unprecedented economic situation

By Terry calls on Widen to accelerate its digital migration

The reopening of Parisian luxury hotels may not be profitable