[Luxus+ Magazine] : The most expensive ingredients in the world that are virtuous for our skin.

“The Bridgertons chronicle”, a new series of the moment, quickly became a true fashion inspiration with its prestigious period and vintage wardrobe. The Natural Diamond Council recently unveiled backstage at the sumptuous jewellery worn by London’s high society, accompanied by comments from Ellen Mirojnick, the designer of the series’ costumes.

“The jewellery has added extra sumptuousness to our characters,” explains the designer.

The 8-episode series featured a total of over 1,000 pieces of jewellery, obviously imitation pieces, otherwise it would have cost millions of dollars to produce.

“There were at least 100 women at each ball, and each needed different sets of jewellery, always including a necklace and earrings (not necessarily matching) and a tiara or crown,” says Mirojnick.

Jewellery that symbolises the company

Necklaces, earrings, tiaras, crowns… the shining pieces of jewellery are omnipresent in the series and are much more than simple fashion accessories. Through aristocratic characters, the jewels reveal the belonging to a highly codified societal hierarchy.

For example, the main character Lady Daphne Bridgerton wears sober jewellery, whether in necklaces or earrings. Once a duchess, a slight change is noticeable, with more daring jewellery, brighter and bolder, adorning her outfits.

Likewise, the feminine member of her family surrounds herself with simple jewellery adorned with diamonds and softly coloured pearls, while the Featherington family’s jewellery is accompanied by colourful and flashy ornaments. 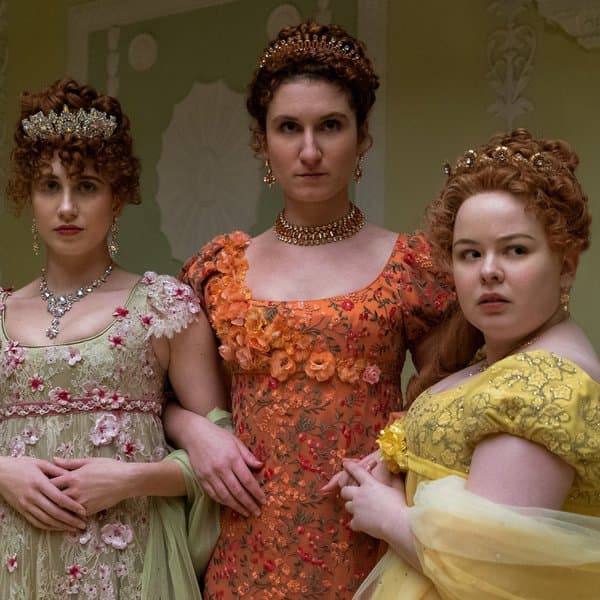 As for the queen, she does not hesitate to accessorise herself with extravagant, sophisticated and superimposed ornaments such as large, richly decorated necklaces or tiaras inlaid with precious stones.

She also owns the biggest jewels of society, which are considered to be the Queen’s jewels. 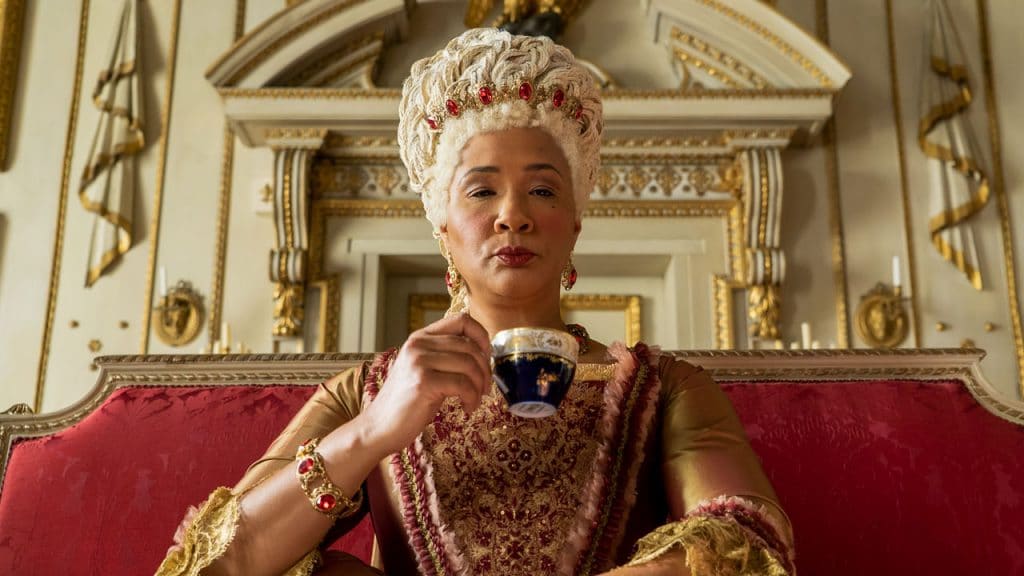 Diamonds, a stone omnipresent in jewellery

“The large quantities of diamonds and pearls we used on her would be similar to those that the late Karl Lagerfeld would have used in his Chanel shows,” says Ellen Mirojnick. “The brilliance of the diamonds lit up the scenes and added an element of magic and illusion, transporting us to another time and place.

Although in some scenes ruby can be seen in the composition of the jewellery, the jewellery is mostly decorated with diamonds and pearls. In fact, Lady Daphne’s iconic necklace is a diamond necklace, or more precisely, THE royal diamond necklace. It takes the form of a cluster of diamonds running along the neck, inspired by an antique model. It is also a copy of an original royal necklace.

“He looks like Daphne: beautiful and precious. All his accessories are of great finesse because his character embodies refinement and simplicity. “, continues the designer. 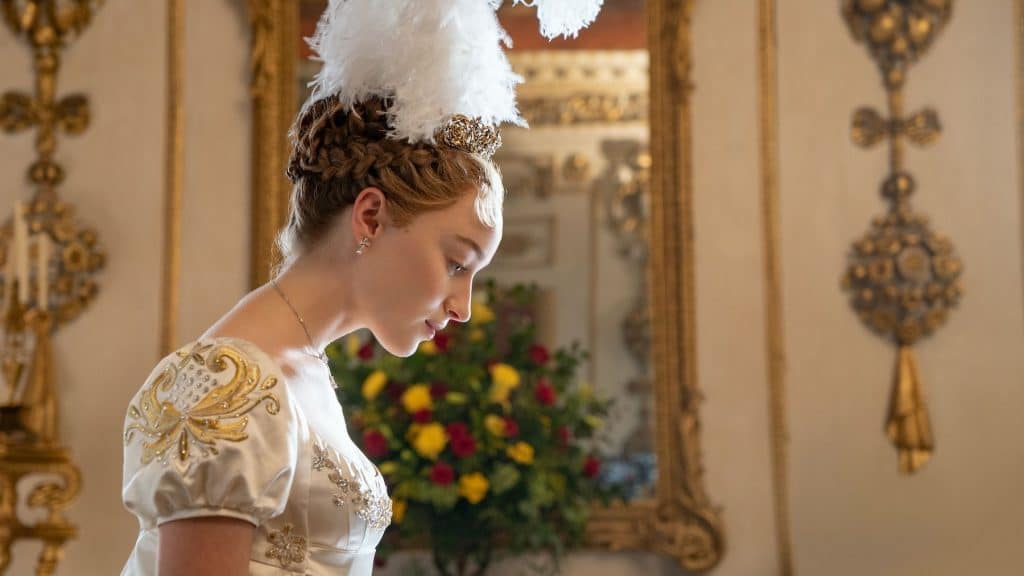 How Coty is slowly recovering from the consequences of the pandemic

Each piece of jewellery has been the subject of extensive research by the designer and her team around the world, so that they can capture the power of the era, down to the last detail, in which the story unfolds. However, the designer was still keen to import her own touch by reinventing certain pieces, all of which were created by artisan jewellers or designers such as Lorenzo Mancianti.

Even though the jewellery pieces dazzle the spectators with each episode, they are not the only ones to have attracted attention. It is the countless outfits and dressing rooms that are now the focus of attention. For example, the empire dress worn on numerous occasions by Lady Daphne Bridgerton has already increased in value by 150% on the international Stylight platforms. The same goes for capes (+37%), headbands (+42%) and baby pumps (+36%).

It’s not surprising that the characters’ wardrobes are so popular since Ellen Mirojnick was largely inspired by the Haute Couture of the 1950s and 1960s but also by very recent fashion shows.

“For example, there was a specific way of using the embroidery on a spring Chanel parade, I think it was in 2017 or 2018, and I fell in love with it. There was also a cut of a Dior dress from the late 1940s that I saw at the Victoria and Albert Museum, which was sublime, and I used an element of it”.

A total of 7,500 pieces were made to perfection by a team of 230 people consisting of four tailors, a corset maker, an embroidery department, shoemakers and jewellers.

One would think that the success of the series rests in particular on the revisited style of clothing from a period clearly different from ours, but in the light of contemporary fashion.

Luxury: How Italy became the leader in men’s fashion?

For its 100 years, Gucci invites Balenciaga in its wardrobe

[Luxus+ Magazine] : The most expensive ingredients in the world that are virtuous for our skin.