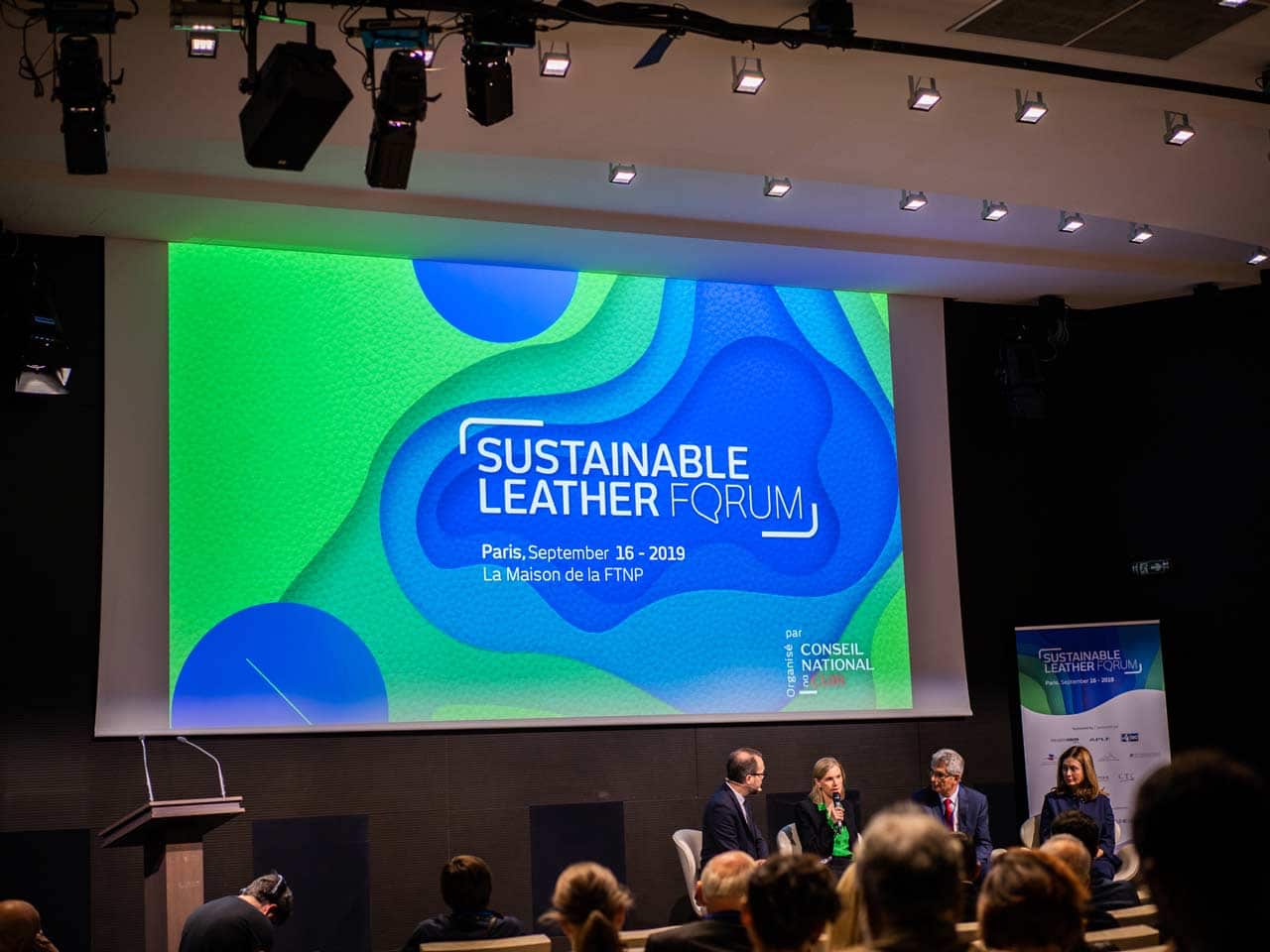 The French Leather Council (Conseil National du Cuir) has just launched its first Sustainable Leather Forum in Paris. An opportunity for the leather industry to reaffirm its commitment to protecting the environment. Louis Vuitton, Hermès and other iconic brands defended their balance sheets while announcing new actions.

The first Sustainable Leather Forum, which was recently held in Paris, aims to take into consideration the various CSR issues and good practices of the leather industry.

This forum was dedicated to all actors in the fashion, footwear, leather goods and luxury sectors in France and abroad.

This is an opportunity to present to professionals the evolution of consumer behaviour as well as the different tools and solutions to be implemented.

Fashion consumers in general are increasingly attentive to the values conveyed by brands.

The preservation of know-how and natural resources, animal welfare and respect for the value chain are important elements for consumers and stakeholders in the sector.

While consumers can decide at any time to change their environmental impact, companies must find solutions to allow this change when the public authorities, for their part, aim to set the framework.

Their mission is to inform industrialists about the actions to be implemented and to support them throughout the process.

An industry that is often criticized, but rarely heard

Themes around transformation and recycling processes were also discussed where luxury tends to give a second life to its products, particularly through the second-hand market.

“Our industry is the oldest recycling activity in the world. Franck Boehly, President of the National Leather Council (CNC), is determined to set the record straight and defend the sense of responsibility of an industry that is often criticized but rarely heard.

“We transform the skin, which is a by-product of the meat and milk sector, into high quality leather. Because no one in the world has ever raised a cow for its skin,” said the businessman.

Three environmental issues of the 21st century are emerging, such as climate change, biodiversity and the increasing scarcity of resources.

In this perspective, three actors influence the environmental effects where the new generation, the Millenials and the Z generation, question, where finance makes “risk-management” and where companies in the luxury sector launch ethical and eco-responsible trends.

Today, the company is no longer a simple economic player but contributes fully to the evolution of society.

During the forum, among the many testimonies and round tables that were set up to shed light on best practices in the sector, two French companies, Tanneries Haas and Raynaud Jeune, presented their commitment to CSR and traceability.

“At the time it was just another subject. From now on, it is a voluntary approach linked to our own sensitivity. CSR has long been an option, it has become an obligation,” says Jean-Christophe Muller, General Manager of Haas Tanneries.

The family business founded in 1842 has been supplying the largest luxury companies such as Chanel since 2012. In particular, its turnover and production have tripled over the past 25 years.

The Raynaud Jeune megisserie has been specialised in tanning with vegetable tannins since its creation in 1921.

It has two units, one dedicated to the tanning of lamb skins and the other to the manufacture of soles.

“Despite the fact that we are not positioned in the luxury market, but in the mass consumption market, there has been very strong demand from our customers for several years,” notes Olivier Raynaud.

It should be recalled that the CNC is an organisation bringing together 20 professional federations or unions from breeding to the distribution of finished products. The confederation runs the entire French Leather Sector, which includes 9,400 companies whose know-how is internationally recognized. It generates 25 billion euros in turnover and employs 130,000 people in the various production and marketing industries. The French leather industry is one of the world leaders in particular.

A new watch trade show in Neuchâtel in September

Exhibition : The Bettencourt Schueller Foundation celebrates arts and crafts at the Palais De Tokyo in Paris