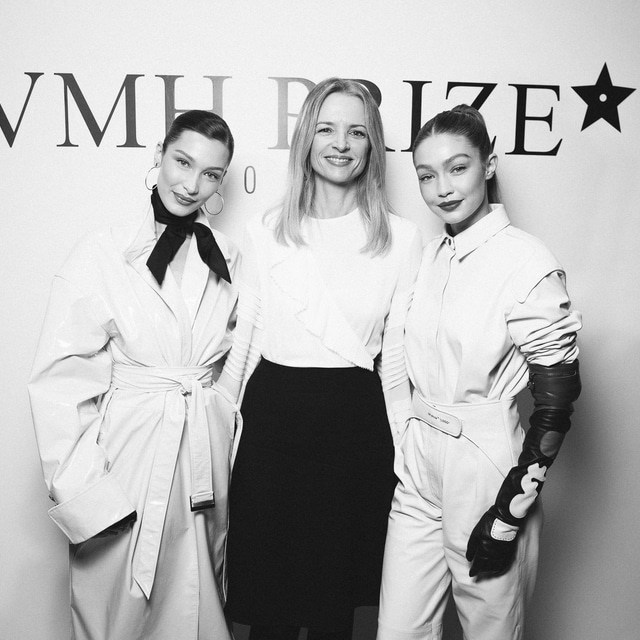 Once again this year, the LVMH Prize for Young Fashion Designers has proved a great success, receiving 1,700 applications from 110 diﬀerent nationalities.

Since it was launched in 2013 as part of the commitment to sponsorship of the LVMH Group, the LVMH Prize has helped turn the spotlight on young designers from around the world, supporting and accompanying them in the development of their brands.

When applications for the 2020 Prize closed on February 2, 20 young fashion brands were selected for the semi-ﬁnal.

The diverse nationalities of the candidates highlight the international reach of the LVMH Prize.

Delphine Arnault commented: “Together with the Panel of Experts, I look forward to welcoming these talented young designers and their 20 brands for the semi-ﬁnal. All share an innovative vision, resolutely focused on the future, in terms of their research into new materials, use of bio-textiles or recycled ﬁbers, concern for new artisanal techniques, and desire for local, reasoned production. These initiatives speak to a growing awareness across the fashion and luxury sector, and reﬂect the values of environmentally conscious fashion. This year, it is worthy of note that more and more designers are working in collectives, with six duos and one trio represented among the semi-ﬁnalists. Last but not least, our selection stands out in terms of parity, with 14 women and 14 men, each illustrating in their own way the ongoing conversation between the male and female wardrobes, the breaking down of gender barriers and the emergence of a more inclusive mode of dressing. This fusion of savoir-faire and modernity, not to mention the originality of our semi-ﬁnalists’ collections, heralds a wonderful 2020 edition.”

All the semi-ﬁnalists will attend the showroom organized at LVMH Group headquarters at 22 avenue Montaigne, Paris, on February 27 and 28, in order to present their designs in person. During this event, the 68-strong international Panel of Experts of the LVMH Prize will meet the 20 semi-ﬁnalists. The Experts will choose eight fashion brands to go forward to the ﬁnal of the Prize, which will be held on June 5, 2020, at the Fondation Louis Vuitton.

The winner of the LVMH Prize for Young Fashion Designers receives €300,000 and beneﬁts from a one-year bespoke mentorship program provided by a dedicated LVMH team with expertise in a wide range of ﬁelds, including intellectual property, sourcing, production and distribution, image and communication, marketing, and sustainable development.

The Karl Lagerfeld Prize rewards a young designer with €150,000 and a one-year mentorship program. In addition, the Prize distinguishes three young fashion-school graduates who completed their studies in 2019/2020 by allocating them, as well as their school, a €10,000 grant.

The prize-winning graduates join the creative studio of an LVMH Group Maison for one year.

AHLUWALIA by Priya Ahluwalia (British designer based in London)

ALLED-MARTINEZ by Archie M. Alled-Martinez (Spanish designer based in Paris)

CASABLANCA by Charaf Tajer (French designer based in London)

KAUSHIK VELENDRA by Kaushik Velendra (Indian designer based in London)

NICHOLAS DALEY by Nicholas Daley (British designer based in London)

PETER DO by Peter Do (American designer based in New York)

SUPRIYA LELE by Supriya Lele (British-Indian designer based in London)

TOMO KOIZUMI by Tomotoka Koizumi (Japanese designer based in Tokyo)

YUHAN WANG by Yuhan Wang (Chinese designer based in London)

Luxury : does influence marketing still have a place in times of crisis ?

International Woolmark Prize 2021 : The call for candidates is launched !