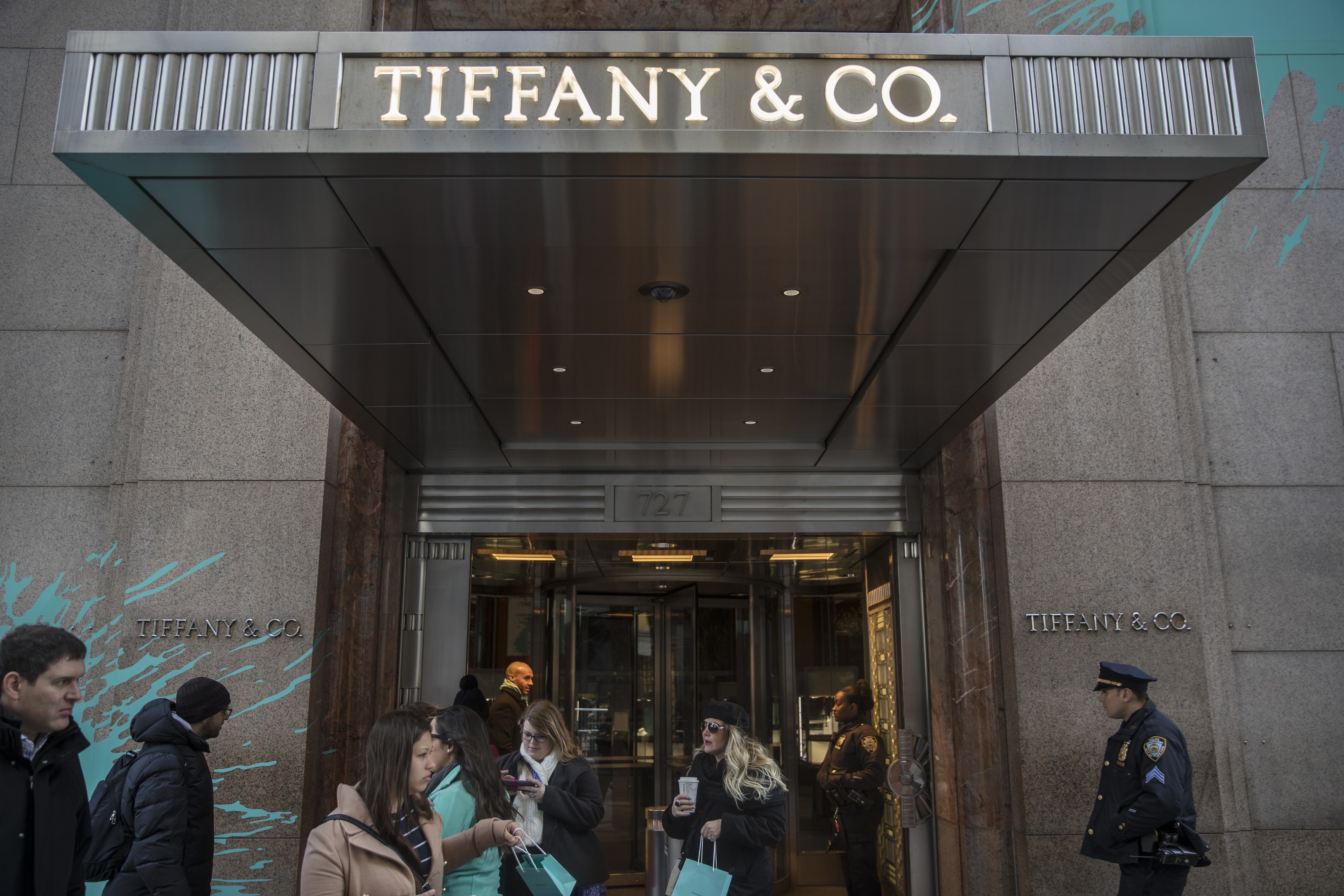 Galeries Lafayette set up on the Champs-élysées, Chaumet opens a second ephemeral boutique and the other news of the day

Luxury retailer Tiffany & Co said Friday it expected earnings growth to resume in the second half of the year, helped by a healthy e-commerce business, a forecast that allowed investors to look past slightly disappointing quarterly sales.

The New York-based company also stuck to its fiscal 2019 revenue and profit targets, and its shares were up 3.6 percent in afternoon trade. They earlier fell as much as 5 percent when investors initially reacted to quarterly sales that narrowly missed Wall Street estimates.

Weakening economic growth in China, especially against the backdrop of the trade spat between Beijing and Washington, has been a worry for luxury goods companies that rely on the country’s burgeoning middle class to boost sales. Two months ago, Tiffany had warned of soft demand in the holiday season because of low spending by Chinese tourists and weakness in Europe and at home.

“We have done a lot, a lot of new things, also things where we had made some mistakes, we are learning, and we are addressing it,” Chief Executive Alessandro Bogliolo said on a post-earnings call, adding he would have “started a holiday campaign three weeks earlier.”

The jeweler has refreshed its collections with more affordable items such as pendants and earrings to appeal to millennials who gravitate to lower-priced competitors such as Denmark’s Pandora A/S and Signet Jewelers.

The retailer said its e-commerce business grew roughly twice the rate of its overall business. Later this year, Tiffany plans to launch an e-commerce enabled website in China to cater to the fast-growing market.

Bogliolo told Reuters on Friday he expects the company’s percentage of total sales that are online, currently at 7 percent, to grow.

“I’m really confident that we will reach 10 percent, maybe even 15 percent one day,” he said. “But I don’t see that as a cannibalization of brick-and-mortar.”

Earlier in the year, the company blamed a stronger dollar for weak tourist spending globally during the crucial November-December period.

The company also said it is taking steps to control the volatility surrounding tourist spending by investing in its domestic customers.

For instance, strong marketing campaigns surrounding new and improved product assortments and increasingly digital in-store experiences will help earnings growth resume in the second half of the year, the company said.

The company still expects a decline in per-share profit in the first half of the year due to the external factors Tiffany flagged in the quarter.

In the reported quarter, comparable-store sales dropped 1 percent as demand for engagement and designer jewelry fell.

Net sales from the Americas region, which accounts for nearly half of the company’s total sales, were flat while those from the Asia-Pacific region fell 3 percent.

Fashion : Italy’s Tod’s CEO reiterates he has no intention of selling company

Tiffany’s net sales fell to $1.32 billion, while analysts on average were expecting sales of $1.33 billion, according to IBES data from Refinitiv.

“Despite some softer top-line performance and better-than-expected cost control, we would categorize the release as generally clearing low expectations,” William Blair analyst Dylan Carden wrote in a note.

Galeries Lafayette set up on the Champs-élysées, Chaumet opens a second ephemeral boutique and the other news of the day