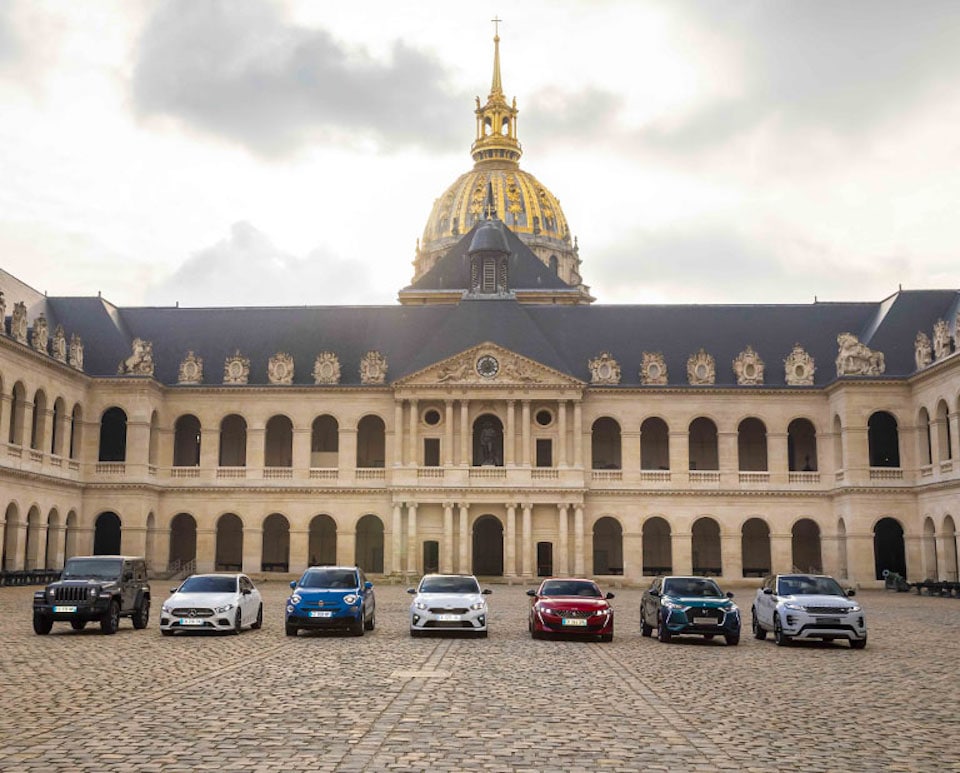 Announced as “Automotive Fashion Week “, the International Automobile Festival took place at Les Invalides in Paris, on the occasion of the 34th Grand Prix Ceremony chaired by Rémi Depoix.

During five days, visitors were able to discover the world of Concept Car and automotive design. The world’s greatest designers exhibited in Paris, in the tradition of Haute Couture, their most beautiful models, true works of art in their own right and sources of inspiration for the cars of tomorrow.

This high-profile event was held at the Invalides in Paris, focusing on creativity and automotive design.

The International Automobile Festival combines the presentation of the year’s automobile awards, including the  prize for the most beautiful car of the year, the exhibition of concept cars unveiled during last year, an auction of vintage vehicles, as well as thematic corners around automotive design and training schools.

Indeed, in this luxurious setting, French automotive design schools are represented by the ISD Rubika (Valenciennes) and Strate Ecole de Design (Sèvres) and open up dream job opportunities for young people. Visitors who are passionate about beautiful cars were also able to participate in workshops to introduce them to automotive design, with sketches and models.

In the historic setting of Les Invalides, the ceremony was attended by personalities from the automobile scene, television hosts and selected journalists, as well as emblematic figures of French luxury such as Chantal Thomass and Jean-Charles De Castelbajac, who also won the art prize for his exclusive vision of the e-Mehari.

A look back at the more exceptional models, which were highlighted at the show this year.

A highly forward-looking sector, the automotive design staged around the concept car exhibition revealed to the general public creations presented exclusively in France during the event.

DS exhibited its futuristic X E-Tense model, a “foretaste of the 2035 car“, according to the French premium brand, which gave choice and freedom to its designers. A model with an asymmetrical bodywork that combines a tray-style pilot cabin and a part that closes in order to take advantage of the “autonomous driving” option. The vehicle is equipped with two electric motors mounted on the front wheels.

With this EW Silver Arrow model, Mercedes also looks back at one of its most mythical cars. This single-seater, presented during Monterey Car Week in August 2018, pays tribute to an old 1397 model, the W125, a car that holds many records. Entirely electric, the concept car would also hold the maximum speed record of more than 400 km/h, a feat never achieved by an electric vehicle from a major manufacturer.

Presented in Monterey, then in Paris in 2018, the Bugatti Divo is inspired by the Bugatti Chiron, a car designed in 2016 that incorporated attributes of the 2015 model, the Bugatti Vision Gran Turismo. It is named after the French driver Albert Divo, who won the Targa Florio car race twice with a Bugatti 35 B in 1928 and again in 1929. Bugatti boss Stephan Winkelmann has announced that only 40 of the Divo will be produced for a price of 5 million euros, and does not intend to produce electric cars for the time being.