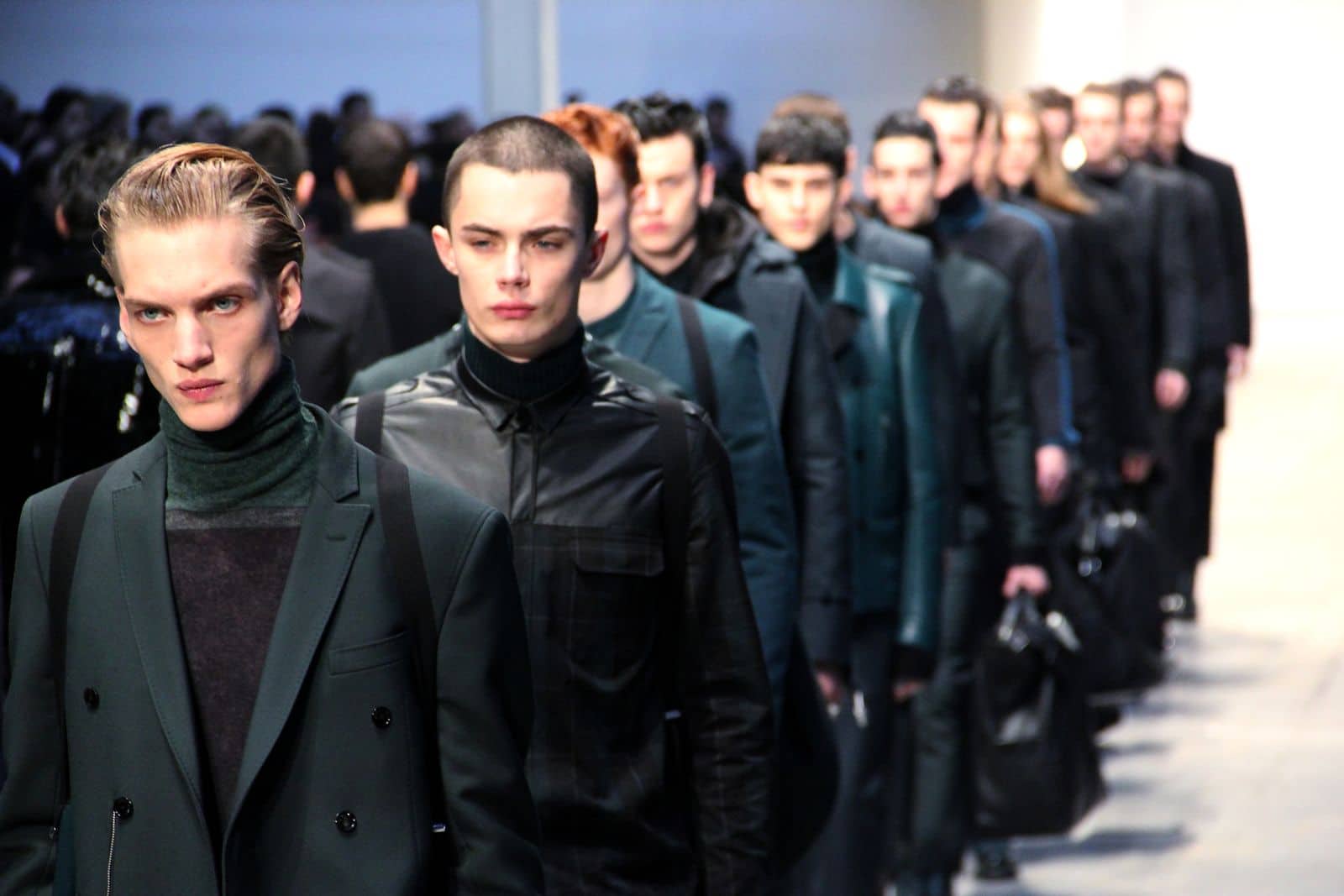 Models in zombie make-up and a growing number of women on the catwalks were among the eye-catching features of Men’s Fashion Week, which wrapped up in London on Monday.

The models from the Art School collection by designer duo Eden Loweth and Tom Barratt wore white contact lenses and vacant expressions as they sashayed down the catwalk.

The show was accompanied by the live sounds of singer-guitarist Anna Calvi, surrounded by an occult salt circle.

Barratt himself took part in the catwalk show wearing a leopard-print dress showing part of his torso.

Highlighting the trend of gender fluidity, more women took part in the catwalk shows and the line between masculine and feminine styles was increasingly blurred.

“I don’t think it is especially modern to tell people what they should wear. I think it is for them to choose,” designer Edward Crutchley, one of the rising stars of British fashion, told journalists after his show.

“It is never a piece designed for a man or a woman, it is never specifically gendered,” he said of his collection, featuring baggy trousers, plunging necklines and summery prints with flowers and parrots in soft pastels.

“I wanted beauty and glamour and I wanted that it looked expensive… because it is expensive!” he said.

Worn with a blue wool jacket with purple satin sleeves at Alexander McQueen or with a canary yellow and turquoise number at Iceberg, chunky basketball trainers were as ubiquitous as they would have been in the 1980s.

The spring/summer collections for next year looked like a sunset to sea. The dominant colours were burnt orange, sand and sky blue, including in the collection by Turkish designer Hussein Chalayan.

Named “Post-Colonial Body”, the collection explores the influence of colonisation on Japan and South America.

Orange and blue also featured in the collection by Oliver Spencer, who was inspired by the night markets of Hong Kong and Wong Kar-wai’s cult film “In the Mood for Love”.

Spencer told AFP after the show that his style was that of “a travelling guy… he is very sustainable, he is really into linen, into organic cottons, he cares about the environment.

“He wants to invest in good pieces of clothing, he doesn’t want short fast fashion,” he said.

Queen Elizabeth II’s Jubilee: This business that brings in a lot of money to luxury

The designs by Nash, a dancer and designer, were loose-fitting to allow for easier movement. Nash said he was “inspired by the kinetic body and the subversion of sportswear”.