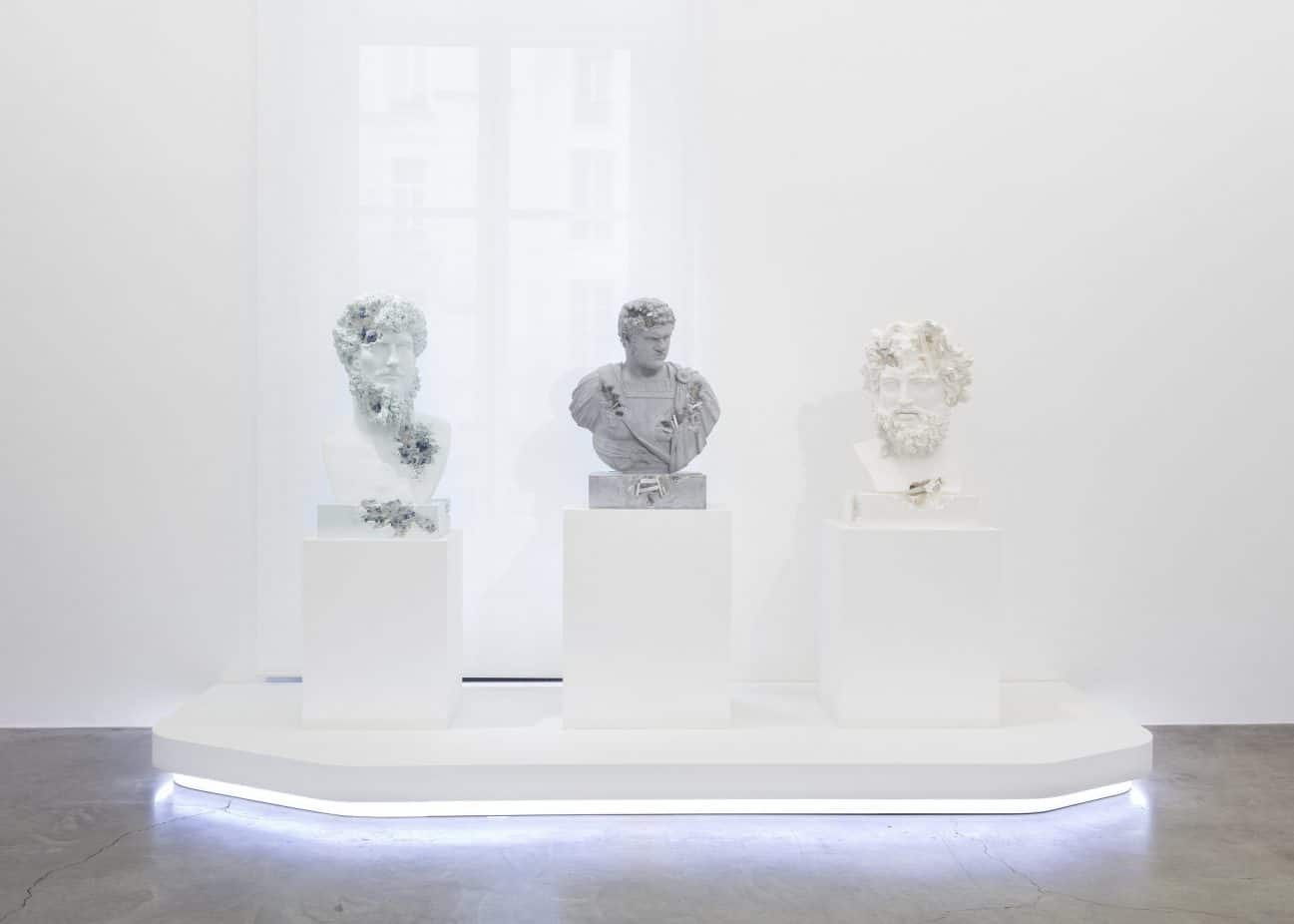 Luxury and Creation Summit 2020 : The commitment does not only concern sustainable development!

In the heart of the 3rd arrondissement of Paris, Daniel Arsham presents his brand new series of sculptures composed of busts, bas-reliefs and statues emblematic of Greco-Roman Antiquity.

Daniel Arsham is an American multidisciplinary artist combining art, architecture and performance through his works. Known to the general public thanks to his collaboration with Kim Jones during the Dior Homme show last June, his most recent works are exhibited at Galerie Perrotin from January 11 to March 21, 2020.

The sculptor had the honor of collaborating with the molding workshop of the Réunion des Musées Nationaux for which he had privileged access. He thus had access to the casts of some of the most symbolic works from the collections of the Louvre museum in Paris, the Acropolis museum in Athens, and the Basilica of San Pietro in Vincoli in Rome on which he was inspired for his new series.

Interested in how objects pass through time, Arsham has selected works that are so influential that they have transcended their status as simple objects of art to become part of our collective memory and identity.

Thus, the Paris 3020 exhibition borrows the scenographic strategies of the traditional museum, highlighting the works while passing through subdued lighting and exhibition spaces in succession. On the ground, neon pedestals with topographical forms announce the color : welcome to the future. Here, it’s all white and pure. No frills, extravagance or “overrated” but an extremely precise work on the body thanks to subtly nuanced games of materials and colors guaranteeing a very chic effect.

The exhibition’s favorite, the first room presents two emblematic works of Classical Antiquity depicting women. They are the goddess Aphrodite and Lucille, the daughter of the Roman emperor Marcus Aurelius.

The Geneva Watch Days 2020: a mini clock and watch trade show has just been launched

Alongside the sculptural works, the American presents a series of drawings that illustrate his working process. Thus staged, this exhibition questions our relationship to time: it evokes the past, speaks of the present and questions the future.

Luxury and Creation Summit 2020 : The commitment does not only concern sustainable development!