Who really is Clare Waight Keller?

For their new watch, in partnership with the Bugatti automobile brand, Jacob & Co. has miniaturized a 16-cylinder Bugatti Chiron engine in the heart of the case.

The Bugatti Chiron Tourbillon is the new watch resulting from the partnership between the famous automobile brand Bugatti and the watchmaker Jacob & Co., with a 16-cylinder engine at the heart of its case.

The US-born Jacob & Co. brand has been known since its launch for its incredible creations. It has been pushing its limits in terms of creativity, particularly since the launch of one of its watches: the Astronomia, in which a mechanism rotates planets under a sapphire dome. 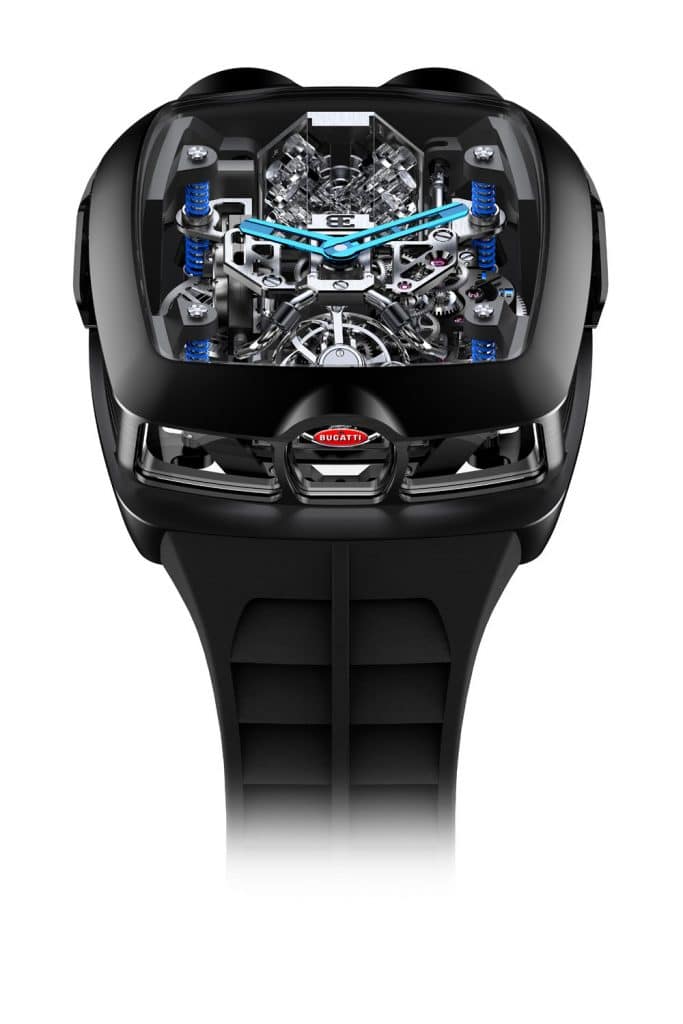 It is sold for 260 000€, and integrates the engine of this car within its housing.

Bugatti and Jacob & Co. began their collaboration already a year ago, which resulted in the Twin Turbo Furious and Epic X Chrono watches.

The Bugatti Chiron Tourbillon is a tribute to the Bugatti sports car. An exclusive car of the brand, both powerful and very fast (8-liter 16-cylinder quadruple turbo engine developing 1500 hp).

After a year of development, the engineers and watchmakers managed to develop this idea, giving birth to a watch made up of 578 parts, united under a sapphire crystal.

By pressing the push button, located on the right of the dial, the pistons start moving, giving way to the full technological prowess of this exceptional watch.

The mechanism is held in place by shock absorbers, and there is also an indication of the power reserve (of 60 hours), true references to the world of the automobile.

The Bugatti Chiron Tourbillon will be sold in a limited series.

Forbes Poll: Recovery of the luxury hotel business within a year

Who really is Clare Waight Keller?