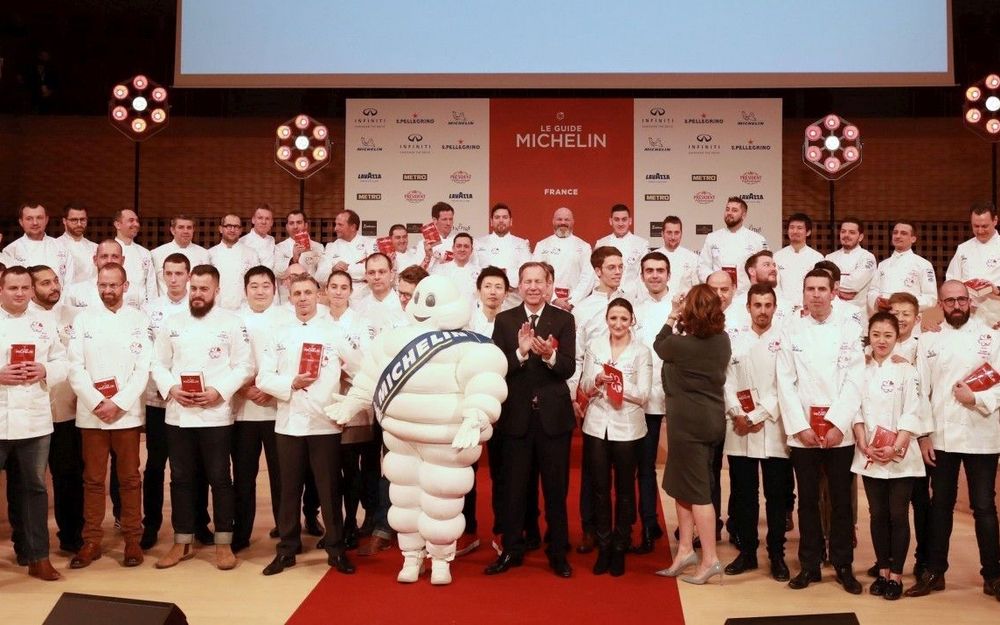 Kering champion of CSR, Clarins appoints new general manager and the other news of the day

Yesterday, the famous Michelin Guide awarded on Monday 21, its 2019 list of winners, rewarding not only exceptional restaurants but also sommeliers, service and sustainable cuisine, which is a novelty this year.

This year, the Michelin Guide promoted 75 restaurants, all star categories combined, making it a record.

“The promotion of new starred 2019 makes it possible to surpass the 3,000 starred restaurants in the world“, the world director of Michelin’s gastronomic guides, Gwendal Poullennec, congratulated himself during the star award ceremony. Among them, 68 restaurants were awarded their very first star on Monday, and include many young restaurateurs as chefs.

This year, the guide has bee the most innovative for its first star category, representing “an unprecedented proportion of women“, after years of controversy. Amélie Darvas and Gaby Benico are awarded a star for their “Aponem” hérault table. Another female chef honoured: Naoëlle d’Hainault, winner of the 2013 Top Chef Award and her restaurant “L’Or Q’idée” in Pontoise. In addition, Stephanie Le Quellec was awarded 2nd star for the restaurant “La Scène” in Paris.

This year, only two restaurateurs were promoted with a third star: French chef Laurent Petit, for his table “Le Clos des sens” in Annecy, and Argentine chef Mauro Colagreco, for his restaurant “Mirazur” in Menton, the only foreigner operating in France to be so dedicated. They join the very exclusive club of three-star restaurants in the world, which now has 27 tables in France and 100 others in the world.

The 2019 Michelin edition featured for the first time “the shadow professions” through two awards, one for service, obtained by Sarah Benahmed at the “Crocodile” in Strasbourg, and the other for sommelier, awarded to Albert Malongo Ngimbi, chief sommelier at the “Saint Crescent” table. Finally, an award was given to chef Christopher Coutanceau, in La Rochelle, for his sustainable approach. Similarly, the pastry shop was honoured, with a tribute paid Monday evening to 30 pastry chefs, who “also deserve visibility“, insisted Gwendal Poullennec.

On the contrary, some restaurants lost out. Chef Marc Veyrat was downgraded to 2 stars by the guide, whereas he had conquered his 3rd star only one year ago, for “La Maison des bois“, in Haute-Savoie. And it is not the only one this year: Marc Haeberlin has also lost his third star, which had been sparkling for 51 years above the “Auberge de l’Ill” in the Haut-Rhin. The same sentence applies to the restaurateur Pascal Barbot, who has been awarded three stars over the past 11 years for “L’Astrance” in Paris. In addition, Michelin also downgraded six chefs from 2 to 1 star. The new policy promoted by Gwendal Poullennec, appointed World Director of Michelin’s Gastronomic Guides last September, is now irrevocable. In an interview with L’Express, he said: “A star is awarded for one year. Many who lost some recovered it the following year by returning to their best level. Complacency doesn’t help anyone.”

Kering champion of CSR, Clarins appoints new general manager and the other news of the day