Tribute to Leïla Menchari, the enchanting designer of Hermès’ Window

The young French-Swiss watch brand Barillet Factory offers its customers a unique and unforgettable shopping experience during the confinement period.

While the Barillet Factory brand is French for everything that is concept and creation, the manufacturing remains Swiss.

Its initial premise was to offer an alternative to the round watch. 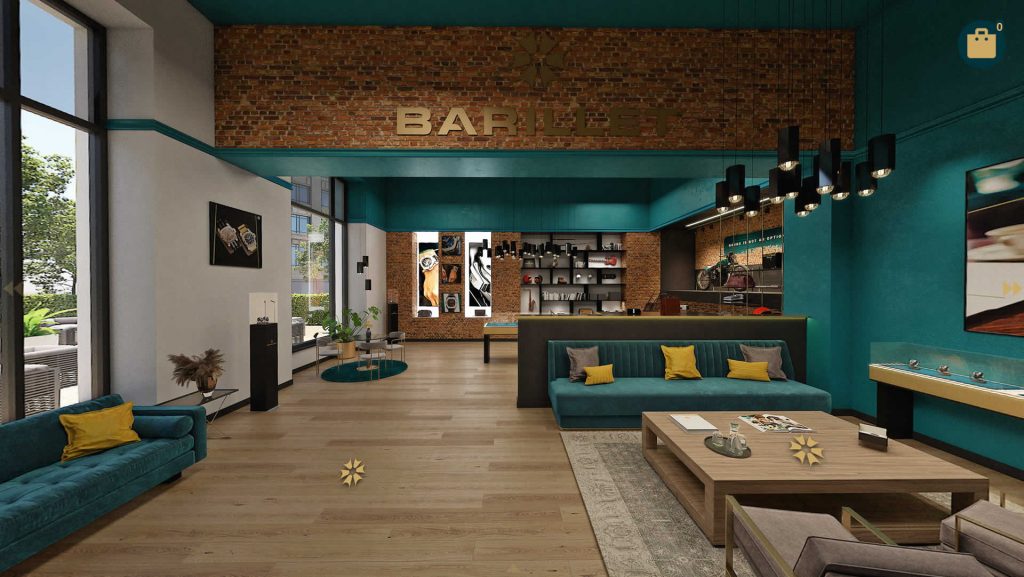 A risky gamble since the brand “cuts itself off” from a large part of the market; the round watch represents roughly 80% of sales… The remaining 20 being made up of the so-called shaped cases (square, rectangle, cushion, etc.).

In other words, the company has chosen to distinguish itself from the others and to act in a disruptive way. Its credo: “Round is not an option“.

And recently, because of the confinement, the young company is once again standing out by offering its customers the opportunity to visit its brand new virtual boutique, instead of going to one of the three Barillet Factory boutiques in France.

With or without the “3D glasses” option, the Internet user is therefore invited to virtually enter the watchmaker’s world and move around freely on two levels, in a space perfectly designed for the consumer and with a pure design, featuring brick walls and blond parquet flooring.

He then discovers prestigious “Swiss made” watches lined up behind the windows, from the Superpunk collection.

With just a few clicks, the customer can configure the model of his choice and order it. As soon as the order is placed by secure payment and while stocks last, the watch is delivered directly with its guarantee anywhere in the world via DHL or Chronopost.

Visitors, connected and nomadic, can thus discover the Barillet spirit at home, from their mobile, tablet or computer. A V-shop accessible here.

Tribute to Leïla Menchari, the enchanting designer of Hermès’ Window