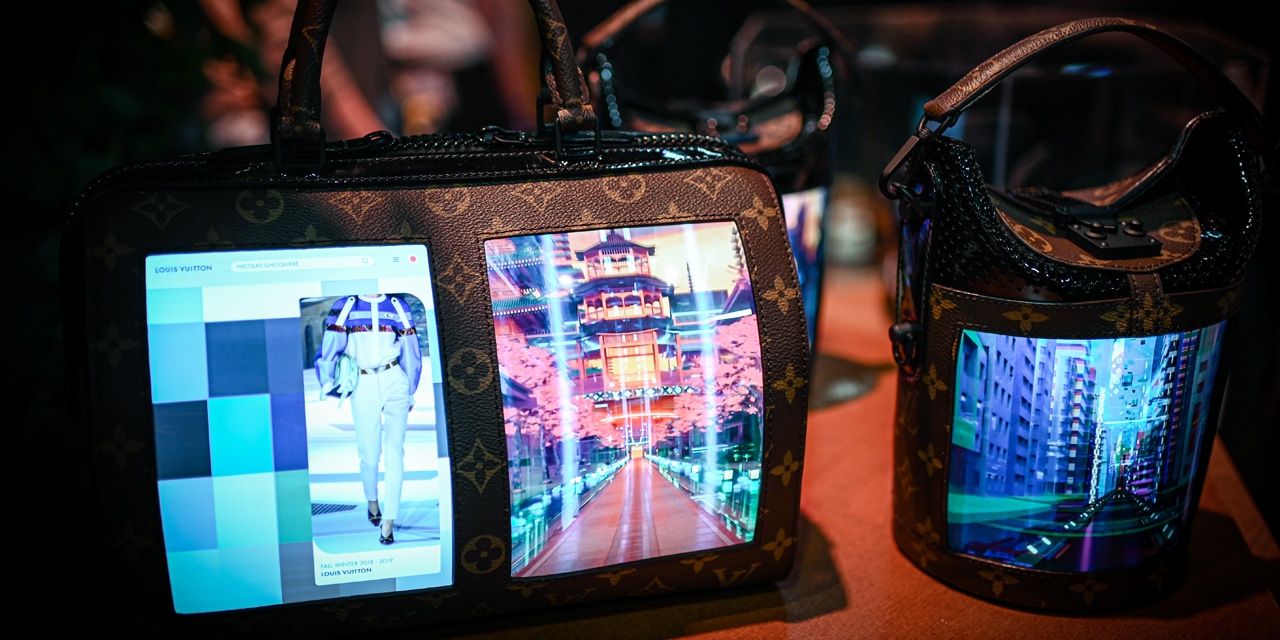 The LVMH group, the world’s leading luxury group, presented Friday in Paris at VivaTech a connected handbag with flexible screens, an innovation reserved for the latest smartphones, which it plans to launch in 2020.

AFP (Translation by Luxus Plus)

This bag by Louis Vuitton, the world’s leading fashion brand ahead of Chanel and Gucci in terms of sales, is available in two models: one round, with two slightly curved screens to match the shape of the bag, and the other with four, affixed to the company’s famous monogram canvas.

The technology used by Louis Vuitton was developed by Royole – a Chinese start-up headquartered in California – a pioneer with a handful of other manufacturers in the smartphone market with a folding screen.

Its FlexPai model, which can be transformed into a tablet, is sold for 1,300 euros on its website.

When asked about a future commercialization of the prototype of this connected bag, Bernard Arnault, CEO of LVMH, replied “yes, of course. It was presented (on May 9) in New York during the parade +Cruise+, it will have to wait a little while” for it to be in stores, he told AFP.

During a press presentation of the latest innovations at the VivaTech trade show in Paris, dedicated to new technologies, the Louis Vuitton team that developed the project indicated that it was expected to be commercialized “in the second half of 2020“, for a price that has not been specified.

The bag’s screens, which are also touch-sensitive, allow you to scroll through images or videos selected by the bag owner from your smartphone.

“LVMH is very connected to these new technologies, to the digital world. And luxury, high quality products, are highly interactive worlds with the digital world. Their future, their development, their growth, are linked to it,” Bernard Arnault summarized.

Mexico : The Royalton Splash Riviera in Cancùn will open next Christmas

For Damien Douani, an expert in digital innovation, “it is not surprising that a group like LVMH is interested in an emerging technology; as a luxury giant it must offer sharp and exclusive products. Such a bag also allows you to choose the images you want to give of yourself to others,” he emphasizes to AFP.

3 questions to Chloé Tesla, the face of a new beauty brand that is rather committed