My Luxe Pack Monaco to launch on November 30th

The Italian luxury house Gucci presents its new collection Ouverture of Something that Never Ended, an ode to the brand’s greatest classics. The collection is presented in a series of seven episodes, produced in collaboration between director Gus Van Sant and Alessandro Michele, the brand’s artistic director.

Something old and something new is the spirit of the spring-summer 2021 collection from Gucci. This marriage between the brand’s old classics, such as the sixties handbag, and the new face of Gucci, with its streetwear side, is at the origin of another marriage: that of Alessandro Michele and Gus Van Sant. 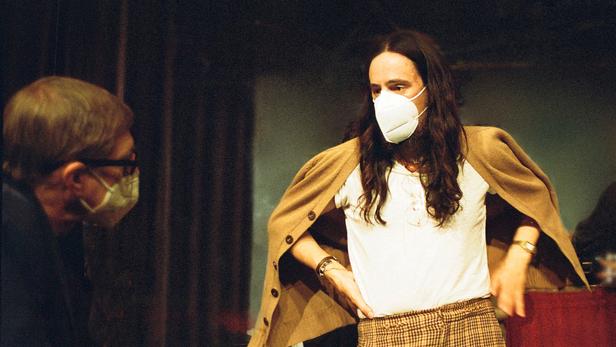 Director Gus Van Sant is known for the aesthetics of his films, where poetry is at the forefront and fashion has always played a role, such as the very famous My Own Private Idaho (1991), Elephant (2003), which recounts the events of April 20, 1999, the day of the Columbine High School shooting, or the committed and personal film, Harvey Milk (2008).

A great admirer of Van Sant‘s films, Alessandro Michel fell in love with My Own Private Idaho thirty years ago. “This film changed my life, liberated me, allowed me to understand who I was, in a delicate and unconventional way,” says the artistic director of the house of Gucci. Alessandro Michele also explains that he wanted to collaborate with Gus Van Sant “because he could see through his eyes“.

The script appealed to Gus Van Sant, so the filming of Ouverture of Something That Never Ended began in a deserted city of Rome. For a twenty-day shoot, with a small crew, Michele and Van Sant called on a mutual friend: Paige Powell, a photographer who has worked with Andy Warhol and Basquiat, among others, and to whom we owe the visuals for this collection. 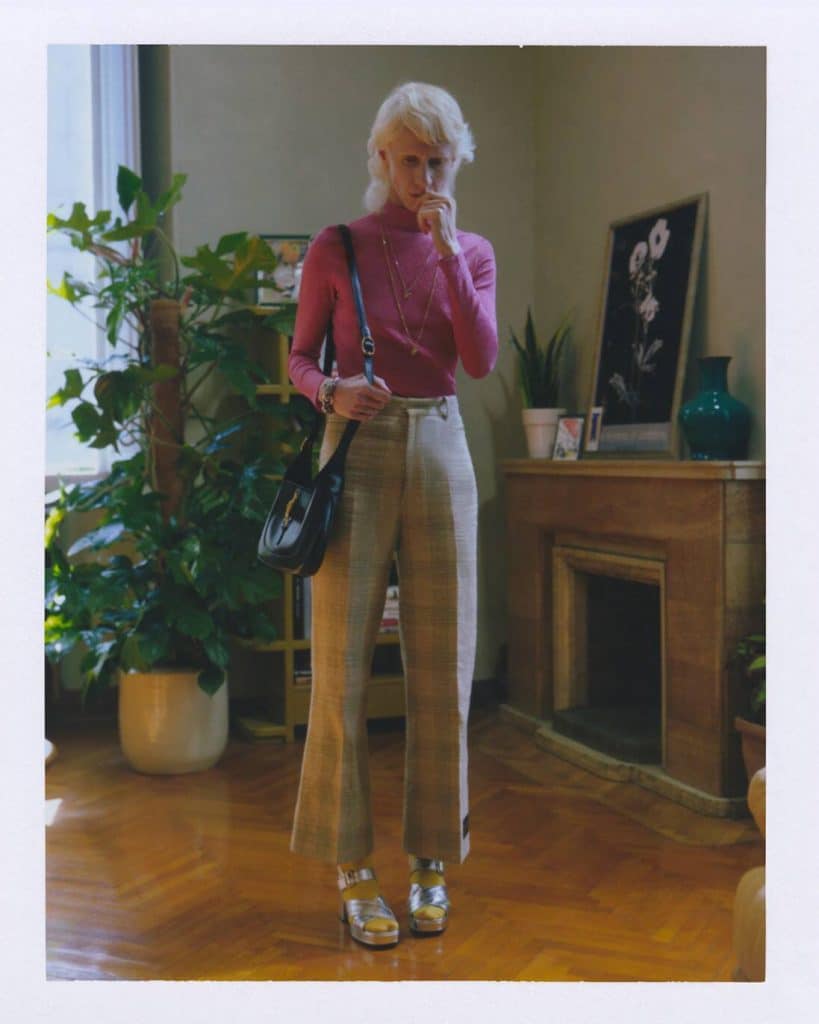 The scenario of this mini-series follows the daily wanderings of actress and singer Silvia Calderoni in the beautiful districts of Rome. Different places of everyday life are presented in the course of the shots: her shared apartment open to the Roman nature, cafes with a very retro atmosphere, a vintage store, and a sumptuous Italian theater.

The mini-series also features appearances by celebrities and models close to the fashion house, such as Billie Eilish and Harry Styles, all dressed in Gucci creations, including re-releases of Michele‘s designs from his first 2015 collection. The former One Direction singer shook the fashion world when he appeared on the cover of the December issue of Vogue magazine, wearing a Gucci ball gown. 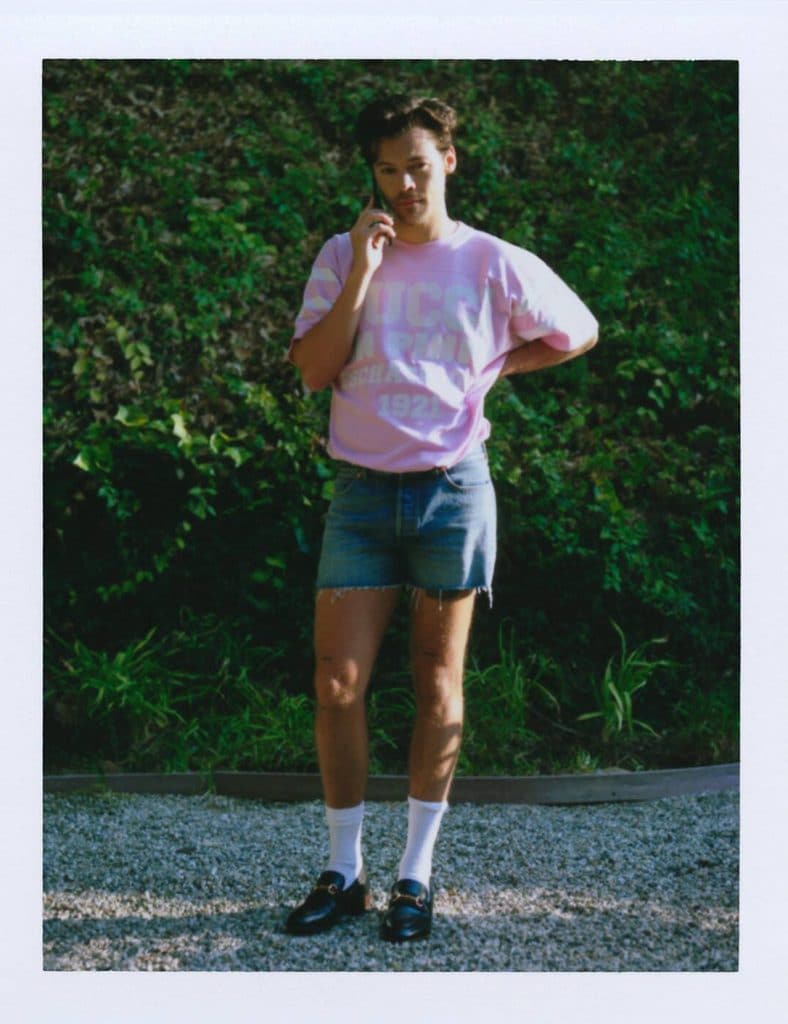 The actress Silvia Calderoni is steeped in the atmosphere of the period, with a touch of modernity, lulled by several artists featured in the series, such as singer Billie Eilish, or the famous composer Hector Berlioz. This mixture of eras, very present in the collection and its unveiled pieces, can be felt in the melodies that accompany the work of Michele and Van Sant, but also through the palette of colors used.

The director was immediately inspired by the idea of this project: “I knew the places, at least those I thought would interest Alessandro,” says Gus Van Sant. “He had written a very detailed story, and it could evoke atmospheres I had filmed in Gerry, Elephant and Last Days. Those films were also shot in very condensed periods. I like to work on evasive stories where the action takes place in front of the viewer’s eyes“. 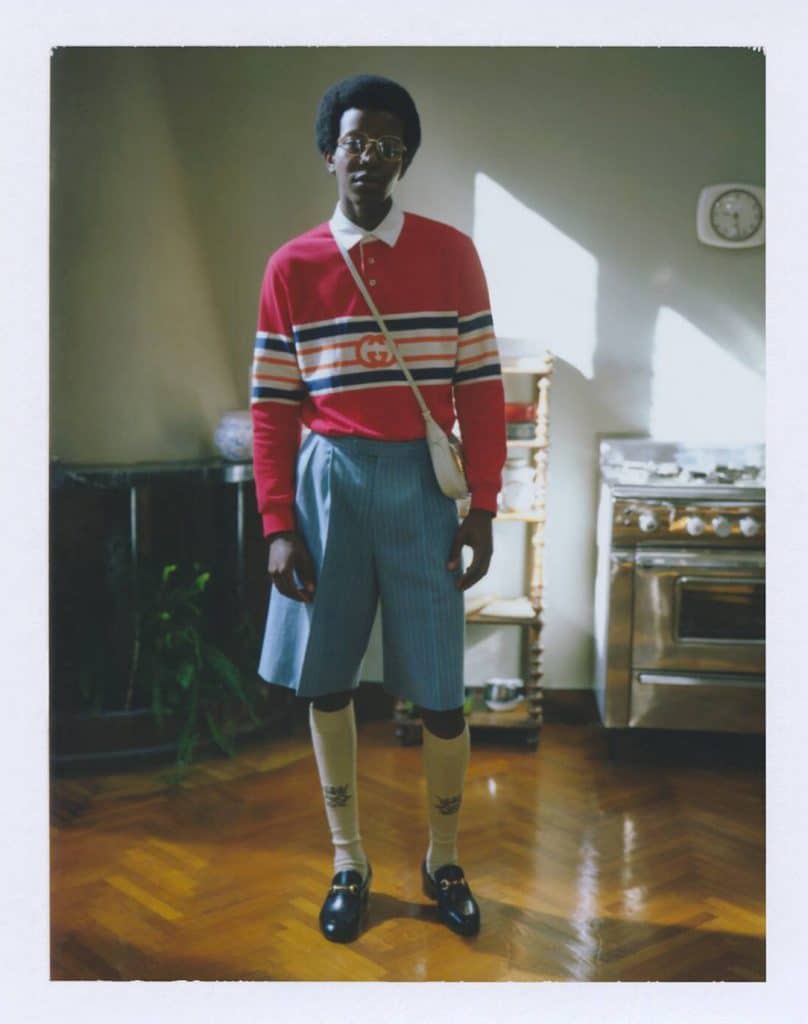 Gus Van Sant has been passionate about fashion since his early days in film, and recently worked on a film, based on an article for GQ by Michael Chabon entitled My Son, Prince of Fashion, which tells the story of a father and son’s trip to Paris to attend Fashion Week. “It was about fashion in a more direct way,” explains the director.

The alliance between Van Sant’s poetry and Michele‘s creations offers the viewer a delicious contrast. For the artistic director of the house of Gucci, poetry has a primordial place, insisting on this need for poetry that the world must fill: “Poetry is more and more a vital element“. Alessandro Michele also reminds us that “fashion must contain what we are deep down inside“. 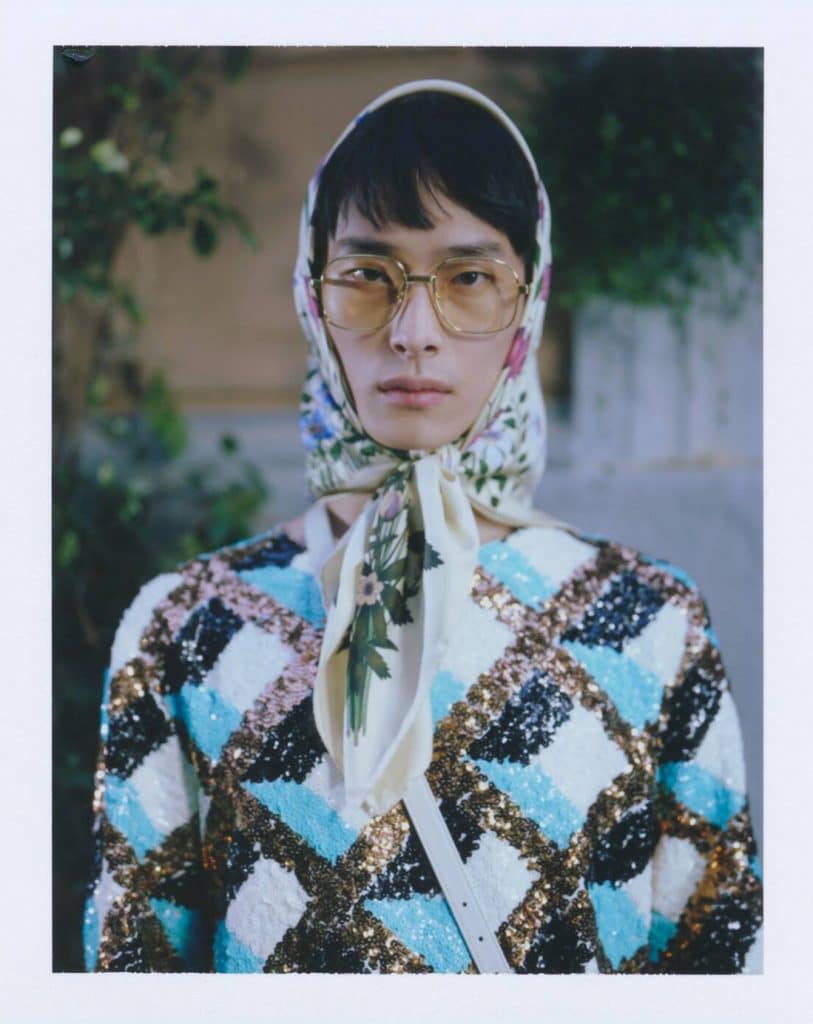 In a press release, Alessandro Michele, the artistic director with whom Gucci’s profits have quadrupled, despite a rather chaotic 2020, confides in the message behind the project: “There is no single, ultimate meaning, it would only reduce the sensible to the intelligible. This would betray the incredible luxuriance of sensoriality that we all carry. For, after all, isn’t it precisely in this infinite variety of possibilities that the enchantment of life lies?“.

The Ouverture of Something That Never Ended collection was previewed as a virtual festival at Vogue’s Forces of Fashion Summit on November 16. The look book of this new collection can be seen here. The full episodes are available on the Gucci Youtube channel until November 22nd. 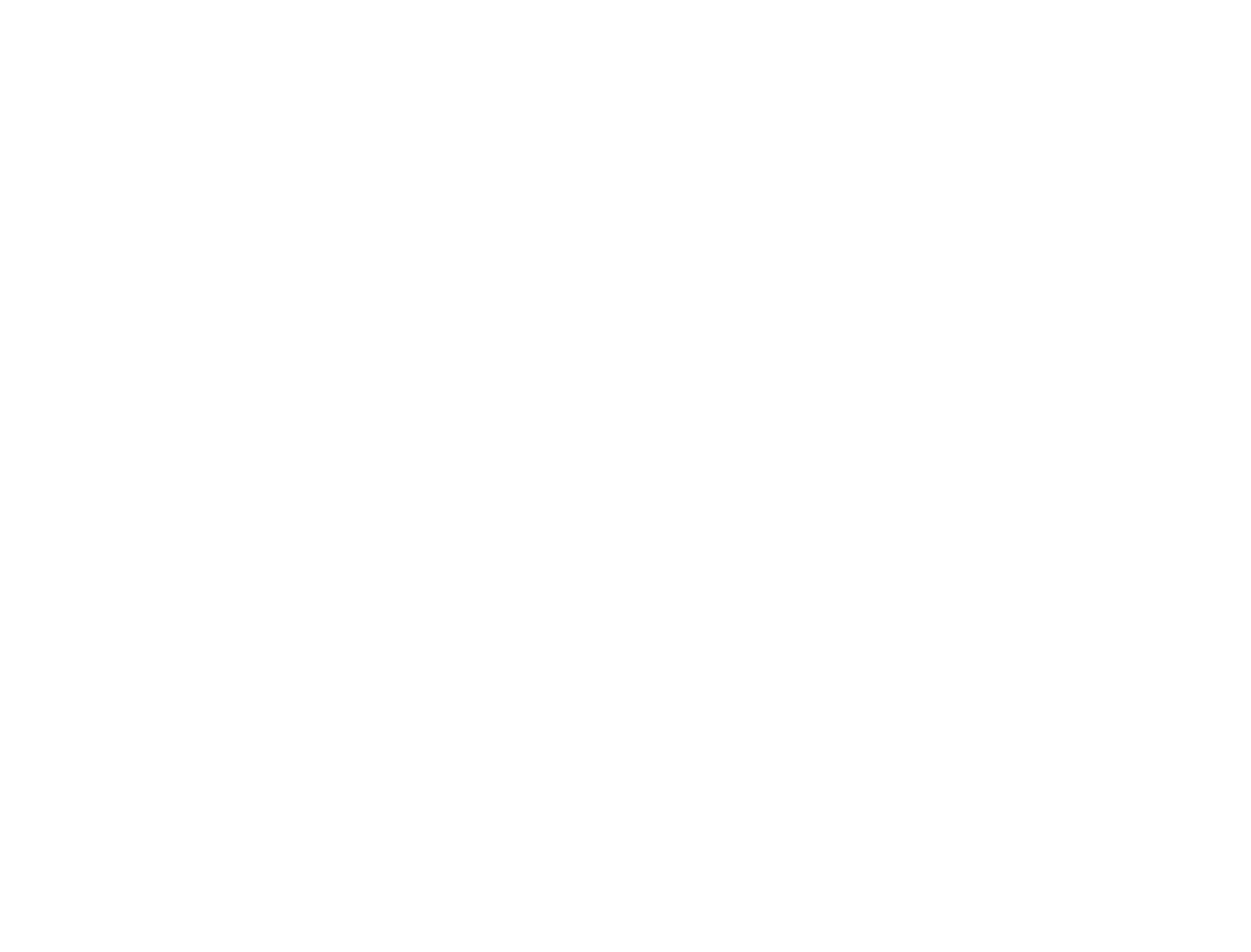 My Luxe Pack Monaco to launch on November 30th