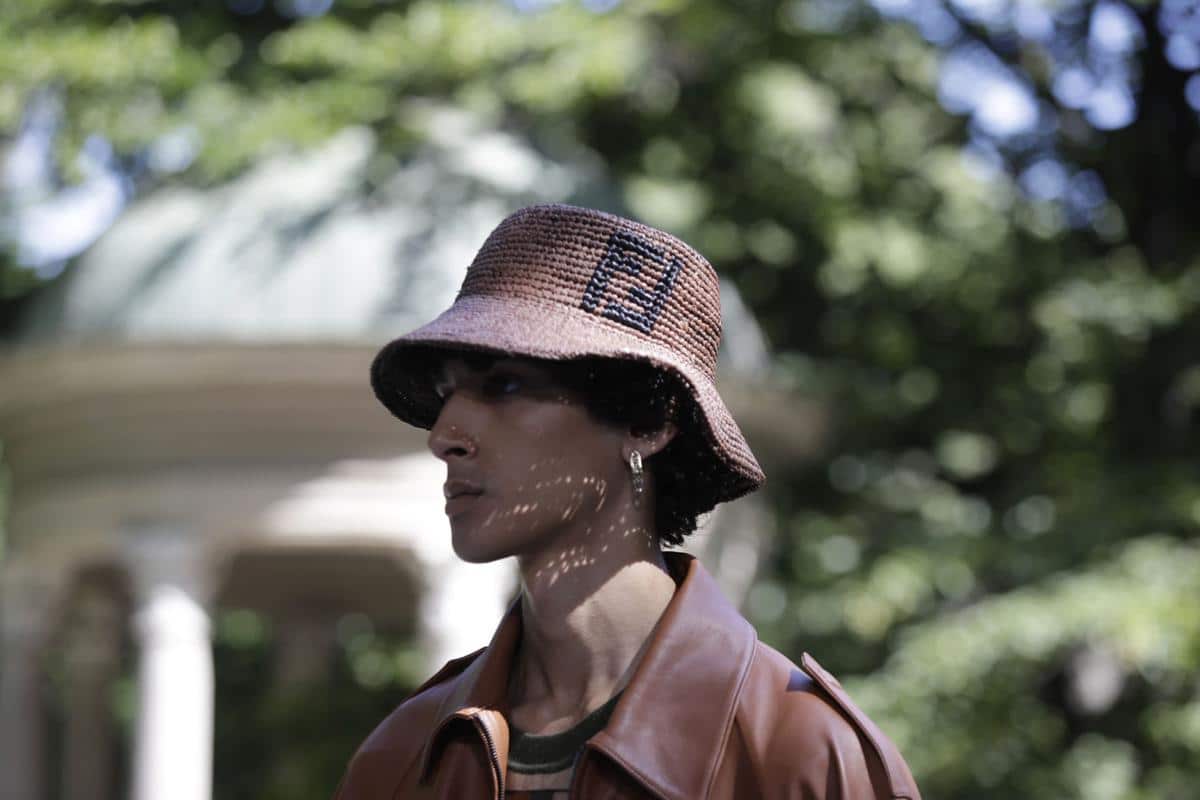 Milan mainstays Fendi and Armani close out four days of menswear previews on Monday, capping a lighter-than-usual program with some of the Italian fashion world’s top labels altering their show rhythms.

Both houses chose special venues, away from their usual showroom locations. Fendi invited fashionistas to a garden picnic, setting up wicker chairs along a gravel park pathway and even providing straw picnic baskets with a brioche, Fendi-branded baby bananas and a ceramic cup filled with coffee, green tea, juice or water by roving waiters.

Giorgio Armani was showed in his historic headquarters in the center of the city for the first time in nearly two decades, closing the menswear calendar.

Gucci and Prada were among the fashion houses that have decided to combine their shows with co-ed collections on the women’s calendar or do one-off shows in other cities.

Oscar-nominated film director Luca Guadagnino continued his long-time Fendi collaboration by staging its Spring/Summer 2020 collection, and the Italian director recreated the sultry, summery mood from his hit film “Call Me By Your Name.”

Rather than the usual indoor runway show, models strolled along a forested path in Milan’s Villa Reale to preview a collection that blended neatly into the foliage with earthy greens, beige and browns.

“It was Luca who discovered this place, a different set, which he saw with the eyes of a cinematographer, to present a collection inspired by the botanical world, by gardening, and by travelers,” said creative director Silvia Venturini Fendi, who has been a producer on some of Guadagnino’s films and who tapped him to do a short film for a 2005 runway show.

Fendi said the collection was a return to simpler things, like caring for a garden. Models carried with them Fendi-clad watering cans, coveralls, gardening gloves and bags that had elements of a gardener’s tool bag.

The Guadagnino collaboration extended also onto the looks themselves, with botanic prints that he created while on the set of the 2018 film “Suspiria,” appearing on flowing kaftans — which show notes say are a reference to Guadagnino’s childhood in Ethiopia — as well as on light outerwear, as linings in mesh Fendi Peekaboo bags and on nylon tote bags.

Fendi, who suffered the loss of long-time womenswear designer Karl Lagerfeld in January after five decades with the Rome-based family-run fashion house, said the sense of wonder that comes with fashion is what keeps her going.

“It is work that allows you to keep reinventing yourself. And something that I learned from Karl is never to look back at what has already been done, what is interesting is only what you have not done. Therefore, as soon as I finish this collection, thoughts turn to the next.”

A FENDI DENIM FAN IS BORN

Fendi’s cinematically choreographed runway show was perfectly gauged for an actor-fashionista like Tommy Dorfman, the “13 Reasons Why” actor who is just coming off a play in New York and looking forward to beginning work on a film in September.

“The collection was so beautiful, I mean so cinematic,” Dorfman said after the show. “It’s just so effortless and wearable. I like the breezy atmosphere. I had chills, honestly I did.”

Dorfman said he loved that the fashion house famous for its intricate fur and leather pieces offered denim as a casual option.

Giorgio Armani took the fashion crowd home for an intimate show in a 17th-century courtyard of a former noble residence at the heart of his former headquarters.

The central location — just steps from Armani’s hotel and a clutch of brand flagship stores — led to some some traffic tie-ups as curious onlookers snapped photos for the arrival of VIP guests Samuel L. Jackson, Aleksander Skarsgard and Richard Madden, who played Robb Stark in “Game of Thrones.”

Models took a slow, deliberate pace past the paired Tuscan columns along the courtyard perimeter covered in greenery, allowing ample time to take in the elegantly tailored looks.

A vest that closed asymmetrically with a geometric cut was a center-piece garment, worn in soft velvet under a jacket or shirtless to show off toned biceps.

The men accessorized with a red beaded and sequin brooch, a neckerchief tied smartly around the neck and aviator sunglasses. Travel bags underlined the care-free summer mood.

A smattering of women’s looks showed the duality — from a sleek suit with a Nehru collar and satiny trouser to a cropped double breasted jacket with loose trousers, both echoing the masculine counterpart looks.

Armani basked in applause in the center of the courtyard, as the models lined up behind him.